Which is better for your commercial kitchen: an electric or a gas griddle?

You finally have enough money to buy that commercial griddle you've been wanting for your kitchen.

You can almost smell the wonderful smells that come from your business kitchen. The air smells like meat, sauces, and spices.

The clinks and clanks of pots, pans, dishes, and other kitchen tools sound like a symphony. You put your hand on the knob on your new griddle.

But will you use an electric griddle or one that runs on gas? Find out what's good and bad about both.

Which kind of burner does that knob control?

That depends on the needs of your business kitchen.

This should be a lot easier to decide, right?

Why is it called a griddle?

Burners are either under or built into the plate of a griddle.

Most of the time, they have a lot of room to cook. Griddles make food taste better than grills, which have a grated surface for cooking.

The flat surface keeps the flavorful juices from dripping down. Griddles also heat the cooking surface more evenly than other types of stoves.

Most griddles have more than one way to change the temperature. Most things have a left, right, and middle, like a grill. The operator can cook a lot of food at once. They can also cook different kinds of food.

On the flat grill, a line cook can make bacon, eggs, and potatoes. The wall clock says 11 a.m., and the kitchen is now serving lunch instead of breakfast.

He can drop frozen sausages, fresh ground beef, and chicken breasts on the griddle without leaving his station. He doesn't have to worry that any of the food will be too hot or too cold.

When choosing a griddle for a commercial kitchen, you should think about how much space you have. You'll need a griddle big enough to hold all the servings you need.

The controls should work as well as they can. When you have more heat sources, you can make sure that everything gets hot enough. Cost may also play a role.

Why should you use a gas griddle?

Burners for a gas griddle are below the griddle plate. The burners heat up quickly, and the cooking surface does so as well. Most of the time, gas griddles heat up and cool down faster than electric ones.

Gas griddles aren't always as good at heating the surface evenly as electric ones. This could be the case if your heating, ventilation, and air conditioning systems make a breeze.

Most of the time, gas is better than electricity for searing. They can get very hot! With H-shaped burners, you can get up to 60,000 BTUs on a griddle as small as 36 inches.

Gas griddles need to be set up by a professional, most likely from the gas company.

Planning that installation can be harder than you might think.

The grumpy utility worker doesn't shave and is often hours or even days late to work. He wears a sloppy gray uniform that doesn't fit well and isn't very eager to do his job.

Gas griddles aren't portable. They will be a permanent part of your kitchen. Depending on what is available in your area, you can choose between propane and natural gas.

A gas griddle on the counter takes up a lot of room in the kitchen. And it's not any easier to carry than other things. It will need the same professional to set it up.

Most of the day, you'll probably use the gas griddle in your commercial kitchen. The one with gas heats up faster. It makes temperature changes faster.

So it might seem obvious to choose gas. But a commercial gas griddle needs a fan above it to get rid of the smoke. Heavy use can't get around the need for good air flow. You'll also have to pay a professional to put it in.

Why Should You Get an Electric Griddle?

A heating element is built into the plate of an electric griddle.

They don't usually heat as quickly as gas.

They also don't get as hot. Also, the weather doesn't change as fast. But they do let you be more exact.

When there's no gas or it would be expensive to add ventilation, an electric griddle is the best choice.

Most of the time, electric griddles heat more evenly.

They don't have flames that move around because of the way the air moves. So, the temperature stays the same on the cooking surface.

Gas grills use a lot more energy than electric griddles do. The cost of gas will go up more than the cost of the extra electricity. And a gas griddle costs more than an electric one to buy at first. The appliance that uses gas costs more.

Most electric griddles don't need to be set up by a professional. There is no need for gas pipes. Large electric griddles used in businesses still need exhaust fans to let air out. But it's likely that the systems cost less than gas griddles that do the same thing.

You'll also have to decide whether you want a gas or electric griddle. Griddles for the counter sit on a stand that lets you move them around when you need to.

For kitchens with less counter space, there are drop-in griddles that are often electric. You can take them apart and put them away. They can also be put in a cutout on a countertop. This makes a flat surface for cooking that is even with the counter.

Hibachi-style cooking goes well with teppanyaki grills. The only place where their heating elements are is in the middle of the unit. This lets you move food from the center, where it's hot, to the edges, where it's cooler, until it's ready to serve.

Plates for cooking on a griddle. Most plates are made of steel, which is strong. Grills with a chrome top are easier to clean. They also make cooking delicate foods like eggs and pancakes easier. Less BTUs are needed to run them. They heat up and cool down more quickly. This makes the kitchen cooler.

How thick a plate is. Breakfast kitchens do well with thin plates. But thicker plates are better for frozen foods, meats, and lunch foods. Plates are available as:

More heat and BTUs are stored in thicker plates. So, frozen patties don't bother them as much. If you want to cook breakfast and lunch, you might need to keep an eye on two different griddles.

You can set a temperature with a thermostat. This is great for dishes like breakfast foods that aren't too heavy. You can also put pans of food on the griddle with the help of a thermostat.

There are no temperature settings for manual controls. This is fine and works well for cooking things like burgers, bacon, and cheesesteaks.

There are many different sizes of griddles. They are usually anywhere from 12" to 72" wide. Remember that you'll need a hood that's 12 inches wider than your griddle, no matter where you put it. When cooking a variety of foods, a wide griddle with two separate cooking areas is helpful.

Now you know what you can do. You're completely ready to make this choice, right?

How to Choose the Right Griddle for Your Kitchen

You need to think about a lot of things. The easiest griddles to use are ones that are electric and can be put away. But if you want the hottest surface you can find, you'll have to go gas. A gas griddle can cost more than an electric one. But it may also give you the freedom to make delicious, sumptuous meals.

Don't know what kind of new gas griddle to buy? Here at GoFoodservice, you can find what you want. You can learn to cook for anyone who wants to eat. Check out buying guides that will please any restaurant owner, chef, or cook before you make your next purchase. 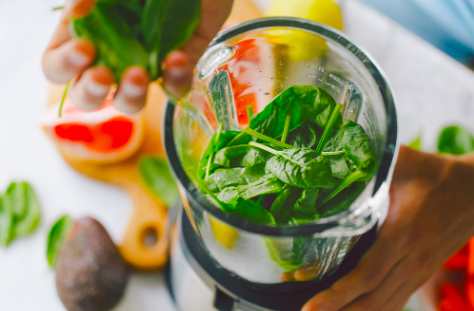 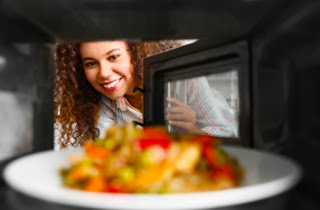 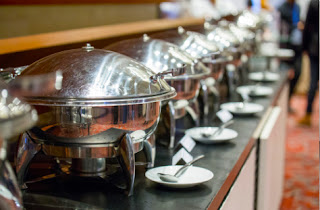